Webinar Available for this course

This course is now being delivered to groups via live webinar and will be delivered by our professional and qualified educators.
If you require further information, please complete the booking enquiry form on this page or call 01242 371 999

This Sepsis training has been developed to raise awareness about Sepsis in healthcare and to up-skill healthcare workers and nurses who provide care for vulnerable adults and children. 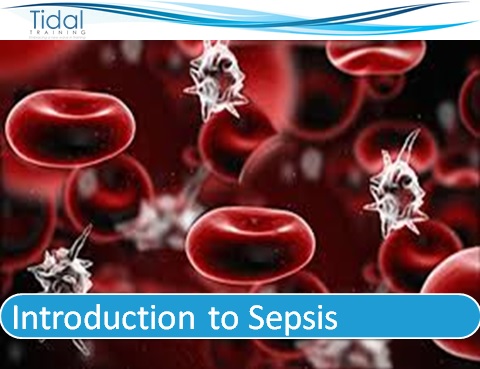 One in five deaths around the world is caused by sepsis, also known as blood poisoning.  A report published by the University of Washington shows the most comprehensive analysis of the condition.

The report estimates 11 million people a year are dying from sepsis – more than are killed by cancer.  The researchers at the University of Washington said the “alarming” figures were double previous estimates.  Most cases were in poor and middle income countries, but even wealthier nations are dealing with sepsis.

There are an estimated 123,000 cases of sepsis per year in England alone with approximately 36,800 associated deaths. In many cases, sepsis is avoidable and can be treated with early identification being key to successfully treating sepsis.

Sepsis (also known as blood poisoning) is the immune system’s overreaction to an infection or injury. Normally our immune system fights infection – but sometimes, for reasons we don’t know or understand, it attacks our body’s own tissues and organs. If not treated immediately, sepsis can result in multiple organ failure and death. With early diagnosis, it can be treated with antibiotics.

There is no formal assessment for this Sepsis awareness training course.  The trainer will continuously monitor attendees and on successful completion of the training learners will be issued with a certificate of attendance which is valid for 3 years.

Tidal Training provide onsite face to face healthcare training to large and small organisations across the United Kingdom. Our tutors will travel to your workplace or choice of venue and deliver training at a time and date which fits in with your organisation’s work commitments. If you require training outside of normal working hours we will be more than happy to support you. Our clients do not have to pay for mileage or any other added extras.

Use the form below to contact us today for more information on our courses and to get a free no obligation quote. We'll respond within 2 hours (usually sooner).

Talk to our team of experts for more info and pricing.

Contact us today for all the latest information on our courses and to get a free no obligation quote for all courses delivered at your premises.

“Tidal are a professional and resourceful company that are always willing to listen to their clients. They provide a professional dynamic service, I hope to continue using them in the future.”